COUNTY PRINCIPAL OF THE YEAR!!! 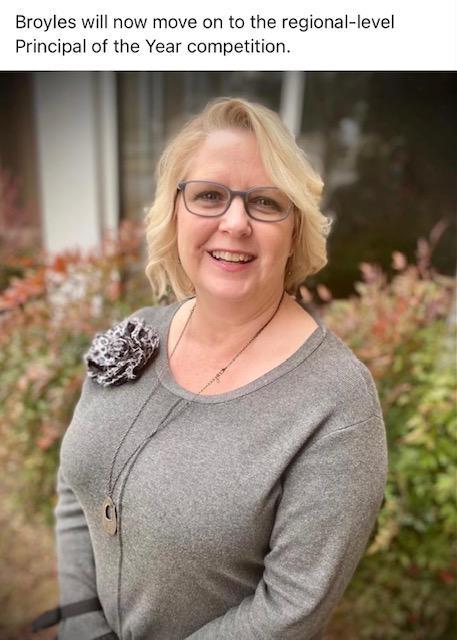 Dr. Broyles has been selected as Cheatham County's Principal of The Year!!!

The Cheatham County School District is proud to announce that Dr. Melinda Broyles has been named the district’s Principal of the Year!

Broyles, the principal at Ashland City Elementary STEM Academy, has been in education for 20 years and joined the district in 2015. She was appointed ACESA principal in 2018.

She has taught middle and high school math and has served in a number of administrative roles through the years. In Cheatham County, she’s been the assistant principal at ACESA and Riverside Academy for two years and district attendance supervisor for two years.

Broyles was an inaugural member of the Tennessee Rural Principals Network, has served as a Innovative Leaders Fellow and is a graduate of the National Institute of School Leadership. She has also served as an adjunct professor at Union University.

Broyles will now move on to the regional-level Principal of the Year competition.