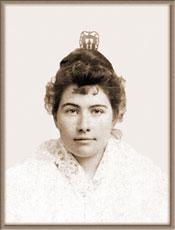 )January 24th There were men that helped the ratification of the 19th Amendment. The date was August 18, 1920, and the man was Harry Burn, a 24-year-old representative from East Tennessee who two years earlier had become the youngest member of the state legislature. The red rose signified his opposition to the proposed 19th Amendment to the U.S. Constitution, which stated that “[t]he right of citizens of the United States to vote shall not be denied or abridged by the United States or by any State on account of sex.” By the summer of 1920, 35 states had ratified the measure, bringing it one vote short of the required 36. In Tennessee, it had sailed through the Senate but stalled in the House of Representatives, prompting thousands of pro- and anti-suffrage activists to descend upon Nashville. If Burn and his colleagues voted in its favor, the 19th Amendment would pass the final hurdle on its way to adoption. After weeks of intense lobbying and debate within the Tennessee legislature, a motion to table the amendment was defeated with a 48-48 tie. The speaker called the measure to a ratification vote. To the dismay of the many suffragists who had packed into the capitol with their yellow roses, sashes and signs, it seemed certain that the final roll call would maintain the deadlock. But that morning, Harry Burn—who until that time had fallen squarely in the anti-suffrage camp—received a note from his mother, Phoebe Ensminger Burn, known to her family and friends as Miss Febb. In it, she had written, “Hurrah, and vote for suffrage! Don’t keep them in doubt. I notice some of the speeches against. They were bitter. I have been watching to see how you stood, but have not noticed anything yet.” She ended the missive with a rousing endorsement of the great suffragist leader Carrie Chapman Catt, imploring her son to “be a good boy and help Mrs. Catt put the ‘rat’ in ratification.”